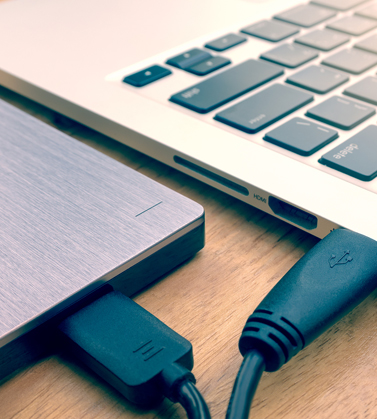 When thinking about shopping for a new storage system or upgrading your current system it can be overwhelming as there are a lot options and confusion between which one is best.

One of the key areas to wrap your head around first is the physical differences of how the data is stored on HDD, and SSD systems. A HDD’s information is stored on one or more rotating discs and rely on magnetic storage; while an SSD has no moving mechanical parts but use flash memory much like a USB flash drive.

I have included below a few tips to help find the right one storage solution to suit your needs:

When talking about the speed of HDD’s and SSD’s what is being referred to is the speed at which they can read and write data. This is where SSD’s shine as the average system boot time for a SSD is around 10-13 seconds whereas the HDD is around 30-40 seconds.

SSD’s don’t have moving parts and can withstand a more rough treatment from knocks, drops and extreme temperatures than a HDD can.

HDD’s are more plentiful in budget priced and older systems, but SSD’s are becoming more predominant in recently released laptops. However, product lists from the leading companies are still skewed in favour of HDD over SSD’s due to their abundance and lower cost to manufacture.

SSD’s were initially more expensive due developing technology and associated benefits. However this price difference is slowly reducing due to advancements in the development of this technology and economies of scale in manufacturing.

However, the cost per Mb for any SSD is still higher than that for a traditional HDD and technology currently only allows for smaller storage capacities by comparison.

It is more difficult to recover data from a SSD that has failed or become corrupted than to recover from a HDD.

As there is moving parts inside a HDD, even the quietest HDD will produce a slight noise when the computer is in use. The faster the HDD is the louder noise it would make.  SSD’s make virtually no noise at all as they are non-mechanical. This is the same for the heat that comes from these storage devices, as the SSD has no moving parts it doesn’t produce as much heat as a HDD.

I have produced a small “buying guide” that sums up all my tips above.

Both SSD’s and HHD’s have advantages based on use requirements, however if you are not on a tight budget then I highly recommend purchasing a SSD as they are faster, lighter and more durable.