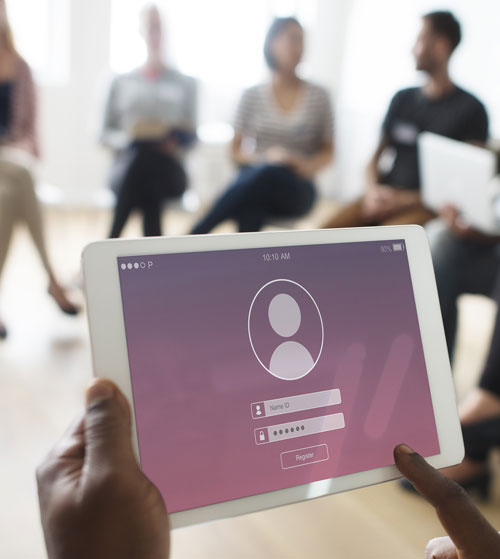 As technology is forever reaching new heights and changing the way we work, our health increasingly suffers in more ways than we are aware. How do we fix this? Get moving.

In 1990 the Australian Standards for screen-based workstations was written and at the time this only included a desktop computer on a permanent desk, even though laptop computers were launched approx. 5 years earlier.

Through the evolution of technology, a workstation can now be a laptop or tablet device used while slouched watching TV or to checking emails on your smartphone while commuting to work on a bus or train. The ability to work anywhere is leading to each of us becoming contortion artists, but not the type you see at the circus.

Over the last 27 years there has been no change to the Australian Standard to accommodate the way we work today.  The result is an ever-increasing list of ailments affecting the body of “screen based” workers, not to mention those addicted to digital social and gaming networks. Ergonomists and physiotherapists are treating new conditions such as “tech neck” and “email apnoea” as well as traditional wrist and back pain.

A study conducted by spinal surgeon Kenneth Hanrsraj suggests that when you lower your head to look at a screen, it increases more pressure on your neck than you might imagine.

In a neutral position, the pressure placed on your neck is equal to the weight of your head – generally about 5kg.

Hanrsraj estimates a 15° degree forward tilt of the head increases weight on the cervical spine to 12.2kg whilst at 30° degrees weight increases to 18kg and at 60° degrees this increases to 27.2kg. That’s like carrying a suitcase around on your neck for several hours each day. The result? Tech neck.

According to leading Ergonomist Sue Chennell, the main culprit of tech neck is the ever increasing use of smartphones.

“People spend about three hours a day on their smartphone, often doing activities that require quite a lot of concentration, such as booking flights or responding to email,” says Chennell.

Chronic pain in the neck, shoulder, upper back and upper arms, disc injury and associated nerve pain are some of the symptoms on tech neck.

We have all heard of sleep apnoea where a person stops breathing during their sleep. Now New Zealand physiotherapist Tania Clifton-Smith who specialises in breathing pattern disorders says she sees many people affected by email apnoea.

“When we focus intensely, such as when texting, typing hard or answering emails under pressure, we tend to inhale and hold our breath,” says Clifton-Smith.

Couple this with poor posture and stress, this unconscious reaction can become a high-risk activity for low-grade hyperventilation.

“People are usually unaware that they are holding their breath and think their breathing is fine,” says Clifton-Smith. “They can’t believe that something so simple could be causing such severe symptoms as insomnia, a foggy brain or anxiety.”

Professor Alan Hedge from Cornell University has studied workplace ergonomics for decades and its impact on health, comfort and productivity.

His research recently found that a 30-minute cycle designed to keep our bodies healthy will help minimise stress on the body.  He recommends that people adopt this new routine of 20 minutes sitting, eight minutes standing and two minutes of movement, otherwise known as “the 20:8:2 cycle”.

So how do we improve our health and avoid sedentary death? Have walking meetings, get out of the office to have lunch and ensure we consciously stand up, sit less and move more.  Try it and see how this works for you.  If you’d like to discuss how Aliva’s “Ergonimic Assessment” can benefit your staff then connect with me, Matt Winwood via mwinwood@aliva.com.au.